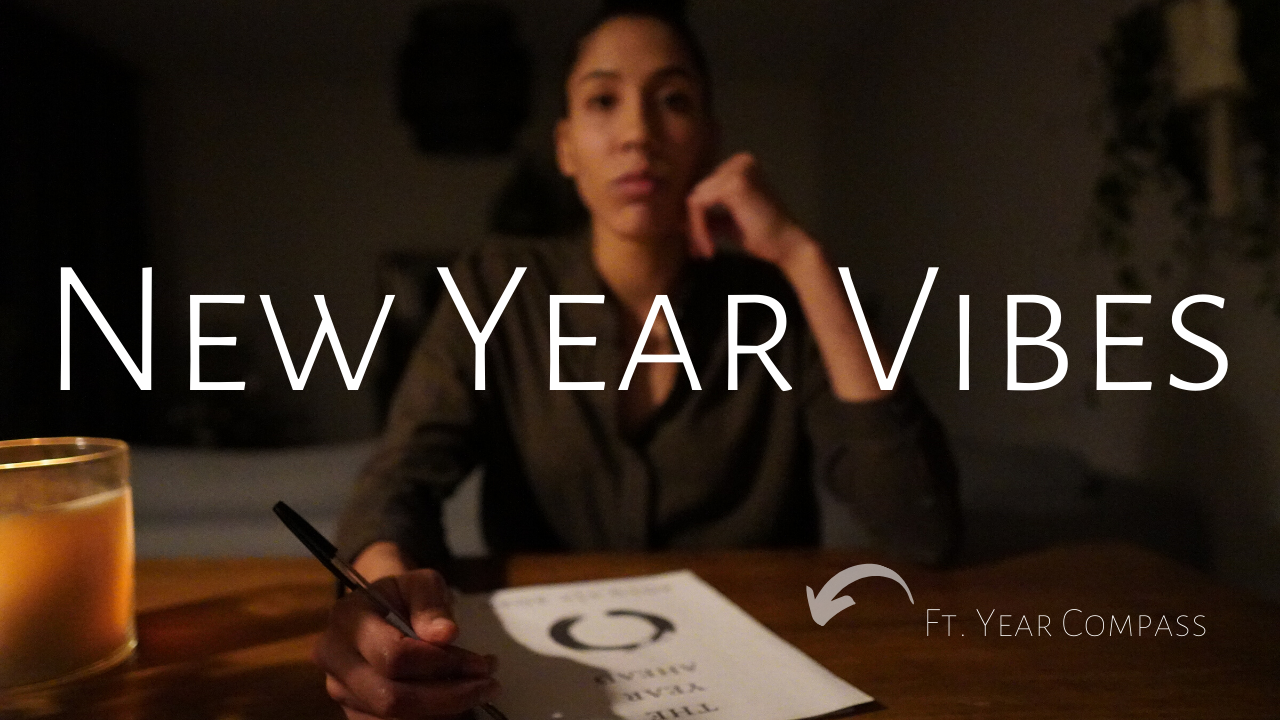 I love new beginnings. They can be scary, but they’re also full of possibility.

Normally we make so many excuses for why we don’t embrace possibility – for why we can’t change. But a new beginning is a chance to shift this perspective.

For some reason, it’s easier for us to embrace change at the beginning of something, especially a brand new year. It’s a chance to recommit, readjust, and reimagine.

Last year, I used Year Compass as a way to do just that—to close out the year and plan the next one.

1. Find a few quiet hours for yourself.

3. Answer the 20 pages worth of questions that will close your year and plan the next one.

4. Praise yourself – you took a huge step towards the life you want.

There are so many products, apps, and methods to aide your review and planning at the year’s end/beginning, but this is the one I’ve used for the past two years.

I closed out 2018 and entered into a year of 2019 with increased commitment and focus. I narrowed my attention and focused on identifying the most valuable parts of my life.

It was a year of taking action—of DOING. It wasn’t about just sitting back and talking about what I want to do (although there was plenty of that). I admit my preferred modus operandi is to philosophize and plan and perfect. I like to know that everything is 100% arranged so that I have the highest chance of success.

But I’ve learned that life doesn’t actually work that way.

I’ve been my most successful when I put myself out there before I’m ready. It forces you to figure things out on the way. Pressure and responsibility have a way of moulding, building and sharpening you in a way that comfort and preparation never will.

Also in that action and unpreparedness, there is inevitable vulnerability. This is something I’ve spent the majority of my life avoiding like the plague. I want to be strong and smart and successful. I don’t want to look stupid or be second best.

However, while learning and growing, uncomfortable states of being are par for the course. We literally cannot progress without being willing to undergo some hardship, some failure and, yes, feeling like a ridiculous nincompoop (fantastic word, not-so-fantastic feeling).

But from that willingness to take action arises a confidence feedback loop. It’s the confidence that comes from learning and accomplishing something new. It’s the deep-rooted knowledge that you can pass through something difficult and come out on the other side.

It’s incredibly motivating to look back on something that you previously were unable to do and now—look at you, you magical being—now, you’re doing it! Even if you haven’t mastered it, there’s growth. And one can find great joy in that.

If it ain’t broke…

So, in light of how frikking enlightening and inspiring this past year has been (and how it was jumpstarted by the commitments I made to myself at the beginning of last year), I’ve decided to do the same thing this year. Year Compass: Year Two.

Take a look at the video below to see my process…

So what does this new year have in store? Much of the same, yet so much more. I’m also reminded of a recent tweet from James Clear’ which suggests an alternative approach to New Year’s resolutions:

So I’ll be approaching this new year with some new goals and intentions in mind, but also with an eye on useless behaviours or projects that can be put aside.

I know the tagline of 2020 being a year of 20/20 vision is pretty dang cheesy, but I quite like it. What could be better than wishing people a clearer vision of what’s important and valuable in their lives?

SHARE ON:
← 'Tis the Season: How Generosity Breeds Peace The delicate balance between being content and striving for more (Or, “Life’s Dilemma”) →
About Me