BOOK REVIEW: Against Empathy: The Case for Rational Compassion by Paul Bloom 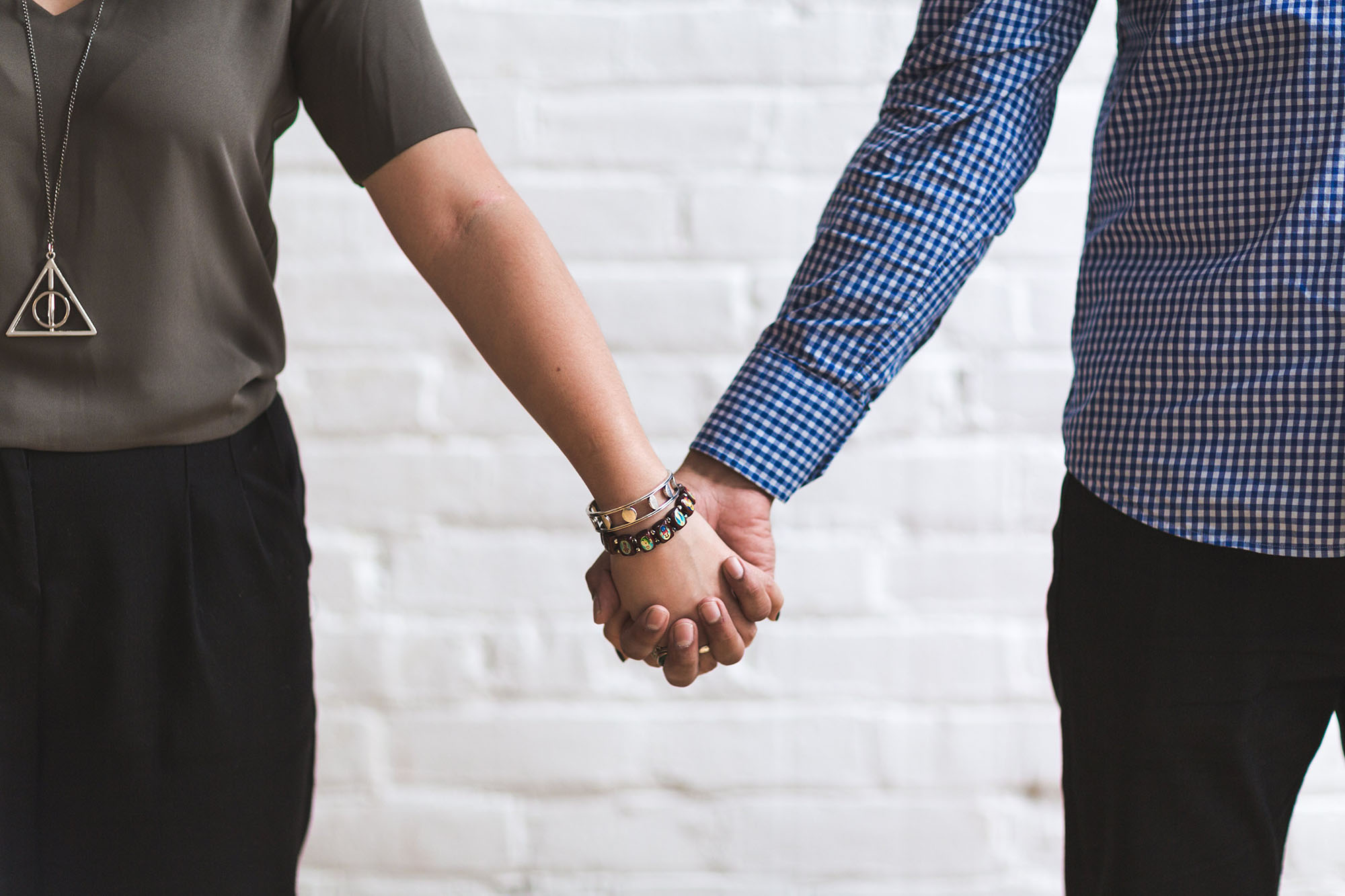 Taking a look at: Against Empathy: The Case for Rational Compassion by Paul Bloom

These days, to be socially aware, politically involved and philanthropic is to be trendy; but such characteristics lack the negative connotation that usually accompanies the word. It’s like the yoga and fitness movement: it can be annoyingly shallow and debase the fundamental goodness in such activities, but all-in-all, there are worse things to be doing than working out and spiritual betterment. The difference is that empathy might not be everything it’s advertised as. Empathy doesn’t equal kindness and it definitely won’t save the world – at least that’s what Paul Bloom argues in Against Empathy: The Case for Rational Compassion.

The title of the book is provocative in its own right, but it’s more than an attention grab. The content within contains an equally controversial, yet logically laid out, argument against what most people assume is one of the greatest emotions we have. The author may not sway all readers to his point of view, but he lays out some fascinating reasoning. Bloom is first tasked with bringing the readers into a common understanding about the word empathy. It’s used ubiquitously and, often, erroneously. It’s casually interchanged with words like sympathy, pity, compassion and caring. As this definition is the basis for all other arguments, it’s important to be as specific as possible in the fluid, ever-changing realm of human sentiment.

“Empathy is the act of coming to experience the world as you think someone else does.”

Bloom begins by differentiating between emotional empathy (defined in the quote above) and cognitive empathy (the ability to understand someone’s emotional state without actually experiencing it yourself). This second type of empathy could be defined as social cognition or social intelligence. The author contests only the first type of empathy wherein one loses oneself in another’s emotional world. Take for example a therapist who is in a session with a depressed, anxious and generally stressed-out client. There is no benefit if the therapist reflects those feelings back to the client. In fact, the best way to help in this situation is to be completely objective so as to better see a solution. Of course, this kind of job (and many others) requires a thoughtful and compassionate person who provides a secure environment for people in a vulnerable place. However, while being a caring professional requires cognitive empathy it does not require emotional empathy.

One of the most respectable things a scholar – or anyone, really – can do is acknowledge legitimate critiques. Bloom undertakes this thoughtfully and eloquently. In the process of writing the book, he published several articles and essays on the topics addressed within. Understandably, his unorthodox stance has attracted attention and garnered plenty of responses. In the introduction and first chapter of Against Empathy , Bloom considers the most repeated and credible critiques and attempts to clarify his stance. He does so in a way that comes across as self-effacing. The reader can see that he is eager to assess and expand his understanding of both sides of this argument. Bloom is attempting to convince you of his proposition, but does it honestly – almost endearingly so.

Regardless of the sentiment his manner evokes, his claim is the opposite of sentimental. In fact, it’s almost devoid of emotion, which is exactly its strength, Bloom argues (and its weakness, his critics counter). We make the most errors when making decisions based on how we feel; it’s the result of empathizing with someone, often a wronged party. Many would say that empathizing is a good thing. It’s one of the most repeated parental phrases: How would you feel if [Jessica] did that to you?” To put yourself in someone else’s shoes is the golden rule of childrearing. The shortcoming of this mentality, however, is that according to studies, we empathize most with those who look or act like us. We are more easily able to relate to the person down the street than we are with the person halfway across the globe. So does empathy make us more racist, sexist, and nationalistic? Bloom would offer an enthusiastic “yes.” He further blames empathy for wars and the shortsightedness of responding to an injustice by a foreign country by deploying troops overseas, thus making the devastation more expansive than the original aggravation. One of the simplest arguments against empathy is demonstrated by a simple study. Participants were given the case of a ten-year-old girl, Sheri Summers, who was on a list awaiting treatment. There were two groups in the study. The first was simply asked what to do. The answer was that she needed to wait in line. Yet when the participants were asked to imagine how she felt, they chose to move her to the head of the list, despite the inherent result of her jumping ahead of other deserving children. Most people would argue that this decision is neither fair nor moral, yet they still decided to do it. Why? Empathy. We see a need and we want to fix it: someone is hurting and we can do something about it. In this respect, empathy is immediate and emotional; it’s the opposite of a reasoned approach we want when it comes to government, education, childrearing, and so on. The focus is on what is directly in front of us rather than addressing the larger – and more complicated – problem.

“But spotlights have a narrow focus, and this is one problem with empathy. It does poorly in a world where there are many people in need and where the effects of one’s actions are diffuse, often delayed, and difficult to compute, a world in which an act that helps one person in the here and now can lead to greater suffering in the future…Further, spotlights only illuminate what they are pointed at, so empathy reflects our biases.”

One of the most common arguments for empathy is that it motivates us to do good; it “allows for our selfish motivations to extend to others.” However, studies have shown that feeling someone’s pain doesn’t equal action to relieve the sufferer’s pain. One can simply avert one’s eyes or choose to ignore. Bloom included an account from a woman in Nazi Germany who was witness to some of the cruel happenings in a concentration camp because she lived right next door. Her letter of complaint is shocking – mostly because of its honest self-appraisal: “One is often unwilling witness to such outrages. I am anyway sickly and such a sight [prisoners being shot and left to die] makes such a demand on my nerves that in the long run I cannot bear this. I request that it be arranged that such inhuman deeds be discontinued, or else be done where one does not see it” (italics added).

The woman was feeling empathy (an emotional response in line with someone else’s predicament), but it certainly wasn’t overwhelming with kindness. It did however prompt her to write a letter, which if worded differently, could have prompted a change (however improbable). The logic of self-interested empathy is that we help others because it relieves our immediate discomfort. However, empathy by self-interest doesn’t explain everything either. There have been plenty more studies done where subjects, when given the chance to help a person in need even when they can easily leave without reproach or retribution, choose to help. We have something within us that propels us to this. Bloom argues that empathy doesn’t lead to this goodness, but rather a pre-existing kindness does. Perhaps it’s a vestige of an evolutionary advantage. Furthermore, it’s not proven that more empathy equals a better person and less empathy equals an evil person (there’s a whole chapter on psychopaths that deals with this issue).

Interposed between chapters are various “interludes.” One of particularly interest is entitled “The Politics of Empathy.” While the left indeed makes its “bread and butter” on an ethic of empathy, these emotive claims are not limited to one side of the political spectrum. In fact, most of the claims politicians make are based on an anticipated empathic response. One either argues for the immigrant in a desperate situation or for the middle class American who was recently lost her job. Once again we have the “Golden Rule” appeal: How would you feel in their place? Then comes the argument to change policy in support of one side or the other. Regardless of political party, there’s plenty of empathy-mongering going around.

By the time the reader reaches the conclusion of Against Empathy, it seems much less evocative than at the outset. Taking the time to explore some research and acknowledging the positive bias of published research (it’s more exciting to read about a link between empathy and good works than the lack of a link) provides an interesting look into one of our most cherished emotions. If the appeal of yet another Canadian author (like contemporaries Kamal Al-Solaylee and Naomi Klein) doesn’t draw you to crack open this book, the chance to challenge some of your current beliefs with a logical and detailed argument should.

SHARE ON:
← BOOK REVIEW: No Logo by Naomi Klein Belief in the impossible (or simply, the next step) →
About Me