Anticipatory Shame: How we limit ourselves in daily interactions 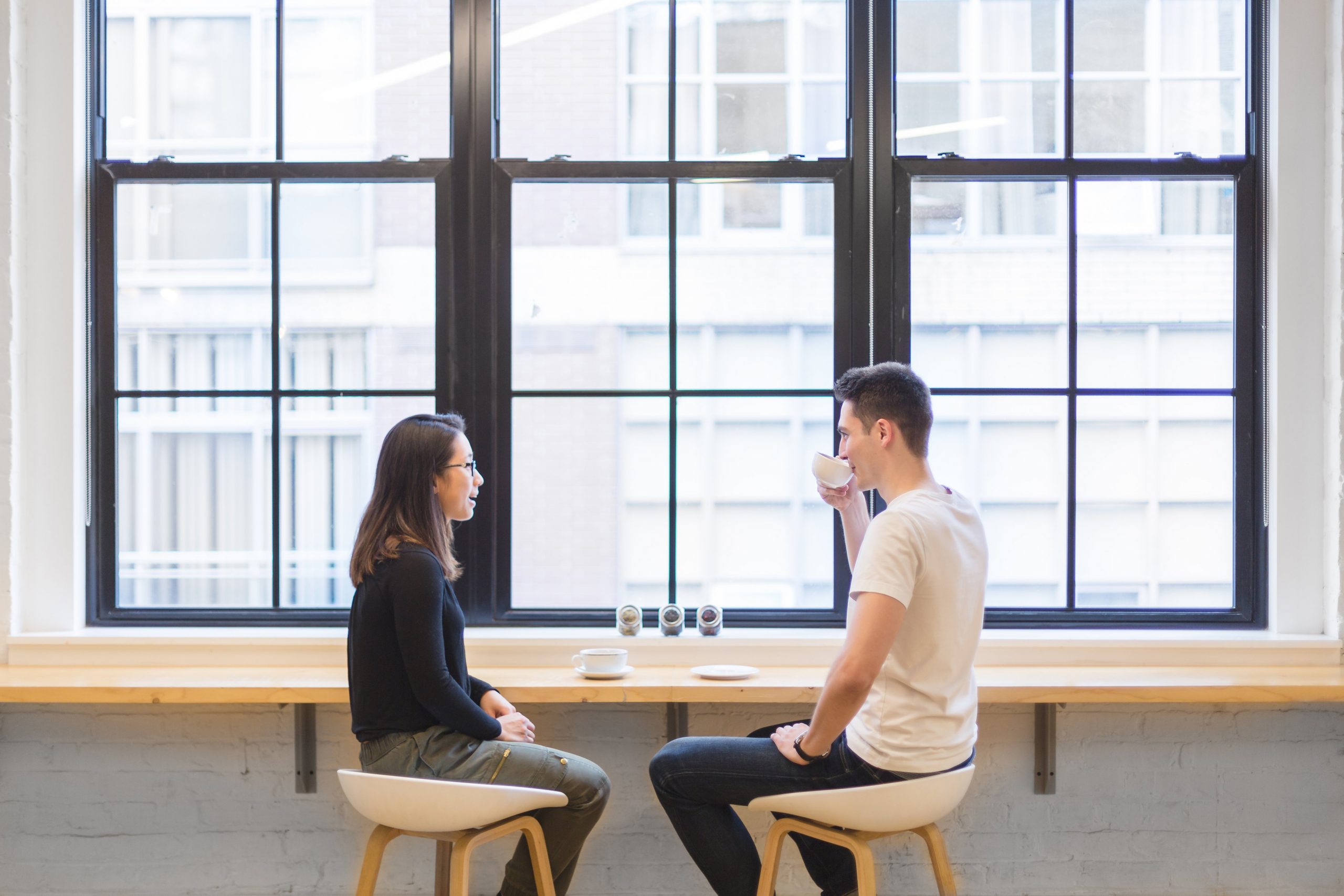 SHAME. It’s a big word and a hot topic. We have researchers like Brené Brown shedding light on this long-abandoned area of emotional confusion and books like So You’ve Been Publicly Shamed by Jon Ronson exploring the shaming tactics that pervade our social media-wrought world. A glance at the dictionary will tell us that shame is “a painful emotion caused by consciousness of guilt, shortcoming, or impropriety,”1 but this is just scratching the surface of the subject. If we look at shame as an umbrella term, we see that a whole slew of emotions originate from it: embarrassment, humiliation and mortification, as well as shyness, modesty and conscience.2 It’s often echoed in emotional descriptions of rejection, unworthiness, inadequacy, self-consciousness. In general, shame is a frame through which we view ourselves negatively.

Brené Brown explores how we hold shame in our memory in I Thought It Was Just Me (but it isn’t): Making the Journey from “What Will People Think” to “I Am Enough.” As a society, we have a tendency to use shaming techniques to keep people in line; it’s a way to keep peace by dissuading “bad behaviour.” Although a useful evolutionary technique, it has spiralled out of control with people deeming “bad behaviour” as anything that they don’t approval of or that bothers them personally. Brené argues that shaming techniques have little effect on instilling lasting change; rather, the lasting change is the scarred psyche of the shamed.

John Ronson takes this approach to shame and adds an element that has permeated our society to such an extent it’s impossible to escape: social media. He explores how we’ve taken our tendency to judge “bad behaviour” or even misspeaks, and obliterate the person in question. We give in to a virtual mob mentality without bothering to take nuance, context or grace into account. The reader could apply Brené’s argument to his research and suggest that it’s also the shamees who end up with a scarred psyche.

In the work of both of these authors, shame is a verb – someone is being shamed or shaming another. That is decidedly different than dealing with the emotional tension of self-inflicted shame and anticipatory shame. Instead of exploring the definition of shame that emphasizes disgrace (Brown) and crisis (Ronson), I’d like to delve into where we find this self-inflicted shame: the small yet significant dynamics of normal daily interactions.

“It is shame…which reveals to me the Other’s look and myself at the end of that look.” — Jean-Paul Sartre

Shame, pride, and the “looking-glass self”

Researchers Thomas Scheff and Suzanne Retzinger argue that shame and pride monitor most of our daily interactions.3 They’re two socially reflective emotions that measure the perceived positive or negative result of any given exchange. Since we’re social beings who prize our social connections, their maintenance is naturally at the forefront of our thoughts. We’re either jockeying to maintain our social connections with others (the failure of which results in shame) or exalting in a solidification of said connections (a feeling of pride). Shame represents a threatened bond while pride represents a solid bond. During a simple conversation, there’s an enormous amount of disguising of emotion that takes place; we’re constantly trying to save face and present our best self.4 As a result, and because of the importance we place on the outcome, there’s an underlying tension in each decision and action we take.

We’re our own worst enemy when we’re talking about anticipatory shame. Of course, this doesn’t address where this innate shame response comes from in the first place. It’s likely a warranted response to an early shaming experience, but it results in a wounded animal mentality. After the damage is done, we continue to go through life, coiled and ready to react against any slight – real or imagined. The imagined part is where it gets interesting. It’s the “looking glass self” that Charles Cooley refers to which demonstrates the social nature of the self.5 We judge ourself not based on what we think, but what we think others might think. This looking glass observation can be broken down into three stages: our imagination of how the other sees us, their judgment of what they see, and our resulting emotion (pride or shame) based on their judgment. This sense of pride or shame only arrives when we observe ourselves from the point of view of another.

“In feeling ashamed we feel objectified and exposed as inherently flawed or defective before the gaze of a viewing, judging other. (Sometimes, we, ourselves, can be our viewing other.) In shame we are tyrannized and held hostage by the eyes of others; we belong, not to ourselves, but to them. In that sense, shame is indicative of an inauthentic or unowned way of existing.” – Dr. Robert D. Stolorow6

We can take this imagined judgment a step further. The looking glass self is more than mere reflection, it’s “imputed sentiment”: the effect of our imagined judgment on the other’s mind.7 For example, our shame reaction can vary depending on our assessment of the person standing in front of us. If it’s someone who is very conscientious, free-wheeling behaviour on our part may feel judge-worthy, whereas if it was in front of a free-spirit, perhaps it would be praise-worthy. All else being equal, the perceived character of the other can change our feeling about the exchange.

Of course, all of these processes are taking place mostly subconsciously. This makes working with shame even trickier. How can we address something we’re not aware of? How can we drag it from its hiding place into a plane of awareness? Dr. Robert D. Stolorow aptly labels this low visibility shame; it’s the undercurrent to all our interactions, running so far in the background we don’t realize it’s there.8 The presence of repression is apparent when we’re unable to even properly express what we’re experiencing. When experiencing shame, we often express feeling awkward, uncomfortable, rejected, stupid, lacking… All of these expressions have shame at their center.

In anticipation of successful or failed interactions, we begin to put pressure on ourself. We feel ashamed in advance.9 This wording seems to most accurately describe an all too common feeling. It’s the anticipation of shame that so thoroughly debilitates us. It seems to break down normal bodily and mental processes with a single thought. In fact, it often swings into action before a thought is even formulated. It can be brought on by an unconscious feeling or sensation. It prompts hesitation as we let stories run wild in our head about what may or may not happen.

“I have been through some terrible things in my life, some of which actually happened.” –– Mark Twain, attributed

Since shame is based on the regard of others, if we were in a vacuum – completely alone – would we experience shame? It seems unlikely. Perhaps disappointment in self, but not the heavy emotional burden of shame. So, what if we acted in spite of the shame conversation circulating in our heads? It can be liberating to note how little attention we give other people. Think of how many times we’ve found out later that people were embarrassed or scared and we didn’t even notice. Oftentimes, people are not preoccupied with your inner emotional struggle. Or perhaps they do notice…but then move on to the next thing. We must remember that people are busy with their own concerns. So let’s not build it up to be that big. Don’t give it more weight than it deserves.

“The very fact that shame is an isolating experience also means that if one can find ways of sharing and communicating it, this communication can bring about particular closeness with others.” Helen Lynd 10

The very act of exploring our relationship with shame will develop familiarity with and recognition of the matter that we can carry into every area of our life. Because the power of shame lies in its unacknowledged, hidden nature, the best way to deal with it is by shedding light on it. First, we must get to know ourselves better. What are our areas of sensitivity? When do we become defensive? Where does the root of our self-consciousness originate from? Second, we can share our shameful moments and feelings. It feels counterintuitive, but it truly takes the power out of them. By proactively putting it out there, we remove the question of when our “dirty little secret” will be revealed. We receive an immediate response from the other person (usually more understanding than we expect) and the worst part – the anticipation – is over with. As a result, we help others by creating a dialogue of normalization, demystification, and openness. How relieved do we feel when we hear that someone else is dealing with the same problem as us? Quite a bit. Since our shame is often wrapped up in feeling other, not good enough, unworthy, strange, hearing that we’re “not the only one” soundly reaffirms our normalcy, in the best of connotations.

Have you noticed your inner shame monologue before, during, or after social interactions?

How are you planning on “owning” your shame?

SHARE ON:
← Natural Talent vs. Natural Interest: Can we become more artistic? Getting the Best out of Our Current (and Future) Self: Intention-setting vs Goal-setting →
About Me