Natural Talent vs. Natural Interest: Can we become more artistic? 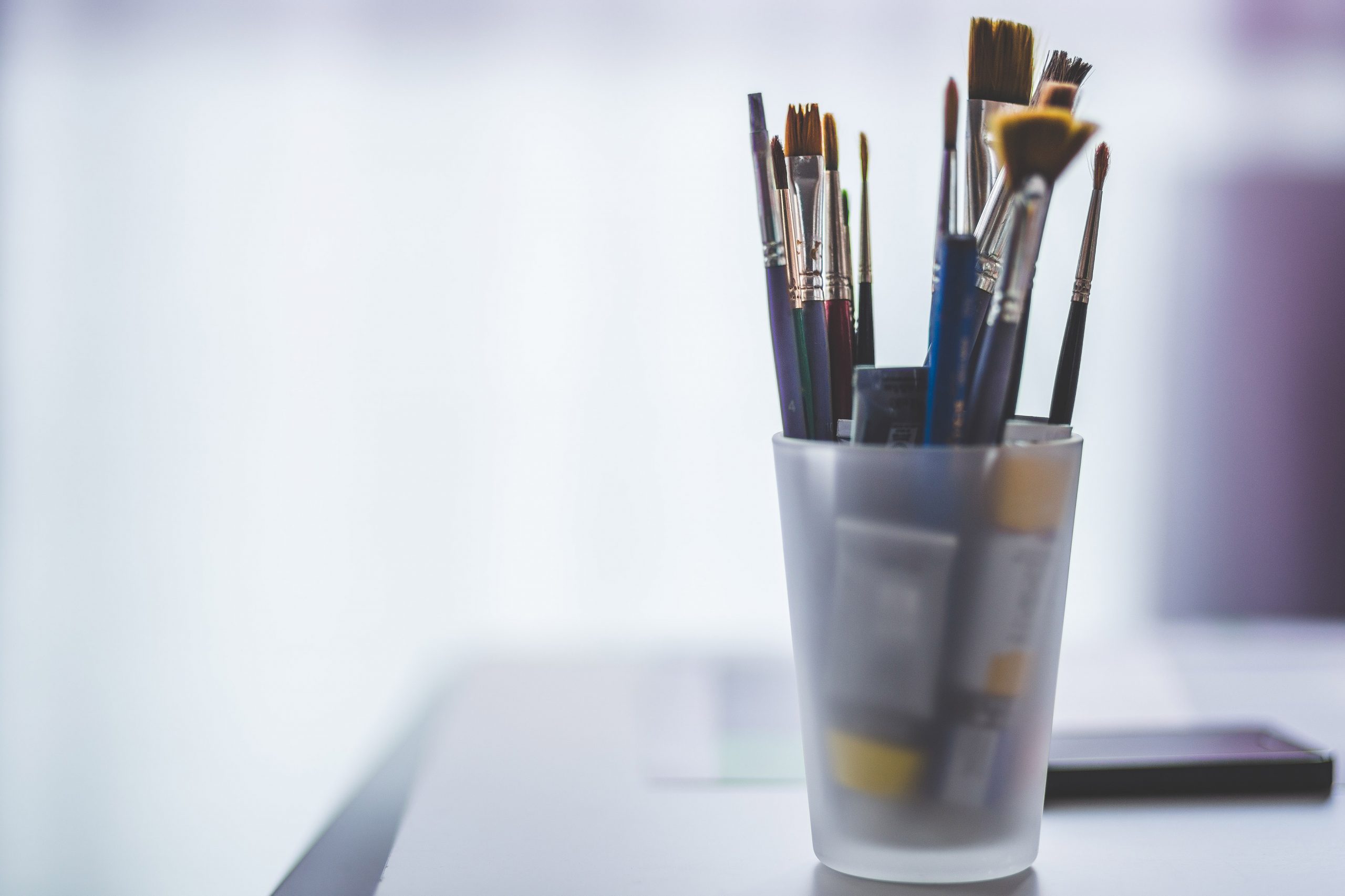 When I imagine artistic expression in its purest form, I imagine a child furiously creating a Crayola-infused masterpiece. Just think of all the scribbled family portraits stuck to refrigerators worldwide. At that point in our life, our pleasure is derived from simply expressing ourself. It’s a simple interest in creation. From that position of openness, a world of opportunity is opened, regardless of whether the child in question has “natural talent” or not.

The existence of talent does, however, prompt some extrinsic motivating factors. Adults looking at the exceptional work tend to ascribe a value of “good” or “talented” or “has potential.” Children, then, in the midst of developing their identity, will glean these tidbits of feedback and start to base their idea of self on them: “I’m a good drawer.” This kind of positive reinforcement is especially important between the ages of three and five when children do not yet fully grasp that good and bad can exist in one person – it’s one or the other.1 This then feeds into motivation to continue to explore (or not), because we are more likely to develop a habit of something if it’s integrated into our identity.2

Every child is an artist. The problem is how to remain an artist once we grow up. – Pablo Picasso

What is the moment when we lose the childlike liberty of expressing ourself as we wish? Well, around the ages of 9 through 12, we start to become critical of our work; we may hide it or describe it negatively. At this age we start to compare our work with others and can become insecure as a result. This is also the time in childhood development when our peer groups are very important to us and we start to notice the differences between boys and girls. On top of all this, let’s not forget the influence of society on our choices. Certain skills are emphasized over others. If children can see some sort of future in an area that is prized in some way, they are more likely to pursue it.3

What does “naturally talented” even mean?

Once we get through the circus of self-development that is childhood and are approaching the stage in life when we start to narrow our focus, what do we choose to keep in our periphery? Perhaps we decide to continue with soccer because we’re one of the best players on the team. We’re much better at that than the dance class we’ve been taking. Now we recognize that we’re not quite as good as everyone else in the class. We’ve started to hit the limit of natural ability.

When we reach this point, personal interest and intrinsic motivation start to come into play. Let’s take the example of a person of mediocre talent, but who is interested and willing to work. Perhaps they’re in an environment that prizes this skill. In this situation, results will generally come. On the other hand, we have an individual who is naturally quite talented but uninterested, unmotivated by extrinsic factors and unwilling to work. In this case, the talent will stagnate. Ten years down the road, we might incorrectly assume that one was born with more ability than the other, but in fact, natural talent is not obligatory. We are each born with our own genetic endowment, but it’s our environment, interest, and mindset that takes it from there.

Let’s explore that some more…

The age old debate of nature versus nurture has given way to recognition that the two camps overlap: it’s not an either-or, it’s a give-and-take.4

The way we perceive life events has a significant influence on how we react, and in turn, what we pursue. There are two main ways of perception, as defined by researcher and psychologist, Dr. Carol S. Dweck: a fixed mindset and a growth mindset. The fixed mindset views ability as innate, which enforces a limited view of “you either have it or you don’t.” The growth mindset allows for more growth as it sees ability as a developmental opportunity. Since we are complex beings, it’s possible that both perspectives could exist in one individual, depending on the domain. For example, we can have a growth mindset when it comes to business ventures, but a fixed mindset when it comes to intelligence. Interestingly enough, the creator of the first IQ test, Afred Binet, was a firm believer in the growth mindset. He developed the test as a means to identify children who were struggling in school in order to help them adapt and progress. While not negating a varied level of natural intellect, he believed that education could help bridge that gap:

“A few modern philosophers…assert that an individual’s intelligence is a fixed quantity, a quantity which cannot be increased. We must protest and react against this brutal pessimism…With practice, training, and above all, method, we manage to increase our attention, our memory, our judgment and literally to become more intelligent than we were before.”5

I appreciate this quote from Dweck in her book, “Just because some people can do something with little or no training, it doesn’t mean that others can’t do it (and sometimes do it even better) with training. This is so important because many, many people with the fixed mindset think that someone’s early performance tells you all you need to know about their talent and their future.”

The next step is the application of drive and perseverance, which can be encapsulated in the word grit. Grit is the implementation of the growth mindset at an actionable level: it’s the knowledge that even if we don’t succeed the first time, each successive failure is teaching us valuable lessons which we can continue to build on. It’s the recognition that our goals can be achieved with enough perseverance.

If someone is naturally talented but has no drive, they’ll be sitting in the parking lot right where they started. They may be interested, but mere interest is easily stifled by the first difficulty that comes along. When we’re unfamiliar with perseverance and the fruit it bears, we end up like the majority, looking at people flourishing in their respective fields, wondering how do they do it?

“Grit is living life like it’s a marathon, not a sprint.” – Angela Lee Duckworth﻿

The Cult of Creativity

There’s a sense of mysticism around creative work. On one hand, it merits this label because we haven’t been able to scientifically explain everything about the process. I’m of the opinion that that’s a good thing; there’s a benefit to keeping some mystery in things – it intrigues us and inspires us, and encourages us to explore and ponder. We reach valuable discoveries in this state.

On the other hand, however, much of creative work can be explained by just that: work. The concept is similar to grit as mentioned above, but this deals with the routine of it all. We must develop a habit of consistently showing up. We often frame this as “grinding.” Although the term can ring true sometimes, it creates an aura of uncomfortableness (not always a bad thing) and unattainability. The reality is that no one can be driven and gritty 24 hours a day. The idea that we must be like that scares us away from even trying. But what if it’s as simple as just showing up? The act of starting is often the most difficult part. Once we sit down and start, things get rolling. All that’s needed is for us to show up – the work will follow. Do that every day, and the compound effect becomes undeniable.

Take the example of a photography class that was divided in two groups. The first was to be graded on the perfect image: one excellent photo. The second group was graded on the amount of photos they took over the course of the semester. Quality versus quantity. Guess which group ended up with the best photos? Upending our traditional take on this conundrum, it was group two. The first group was caught up in perfectionism: tweaking each angle, the lighting and so on. The second group was focused on developing their skills heuristically. The more they practiced, the more they improved, ultimately resulting in a large portfolio of high quality photos.6

The more we explore a discipline, the more we instinctively create links between what works: what pleases the eye, the mind, and the soul or provokes emotion. This can come more naturally to some than others, but as we’ve been exploring over the length of this post, it also appears when you’ve done the work. For those of us who tend to wait for the right moment or mood to strike, I’ll pass along the quote attributed to both W. Somerset Maugham and William Faulkner about the ever-illusive nature of inspiration: “I only write when I am inspired. Fortunately, I am inspired at 9 o’clock every morning.”

Curating our own Creativity

Despite the cult formed around all things artistic, all of us have a type of creativity inside of us. We’ve been discussing it mainly as an artistic gift, but creativity exists in all realms of society. There are creative entrepreneurs, teachers, mathematicians, and politicians. The way we choose to dress or walk or talk, how we give a presentation, how we arrange our home, can all denote a certain type of creativity. So, instead of lambasting our lack of creative talent, let’s search for ways to foster it. Whether it’s in areas where we already have some skill, or an area we’d like to learn about, it’s never too late to work on your creative development, and subsequently, improve your quality of life!

In what areas of your life do you express your creativity?

Is there a creative task that has always interested you but that you’ve been hesitant to try?

SHARE ON:
← Normalizing Failure: How we can learn to accept a daily, universal experience Anticipatory Shame: How we limit ourselves in daily interactions →
About Me