Normalizing Failure: How we can learn to accept a daily, universal experience 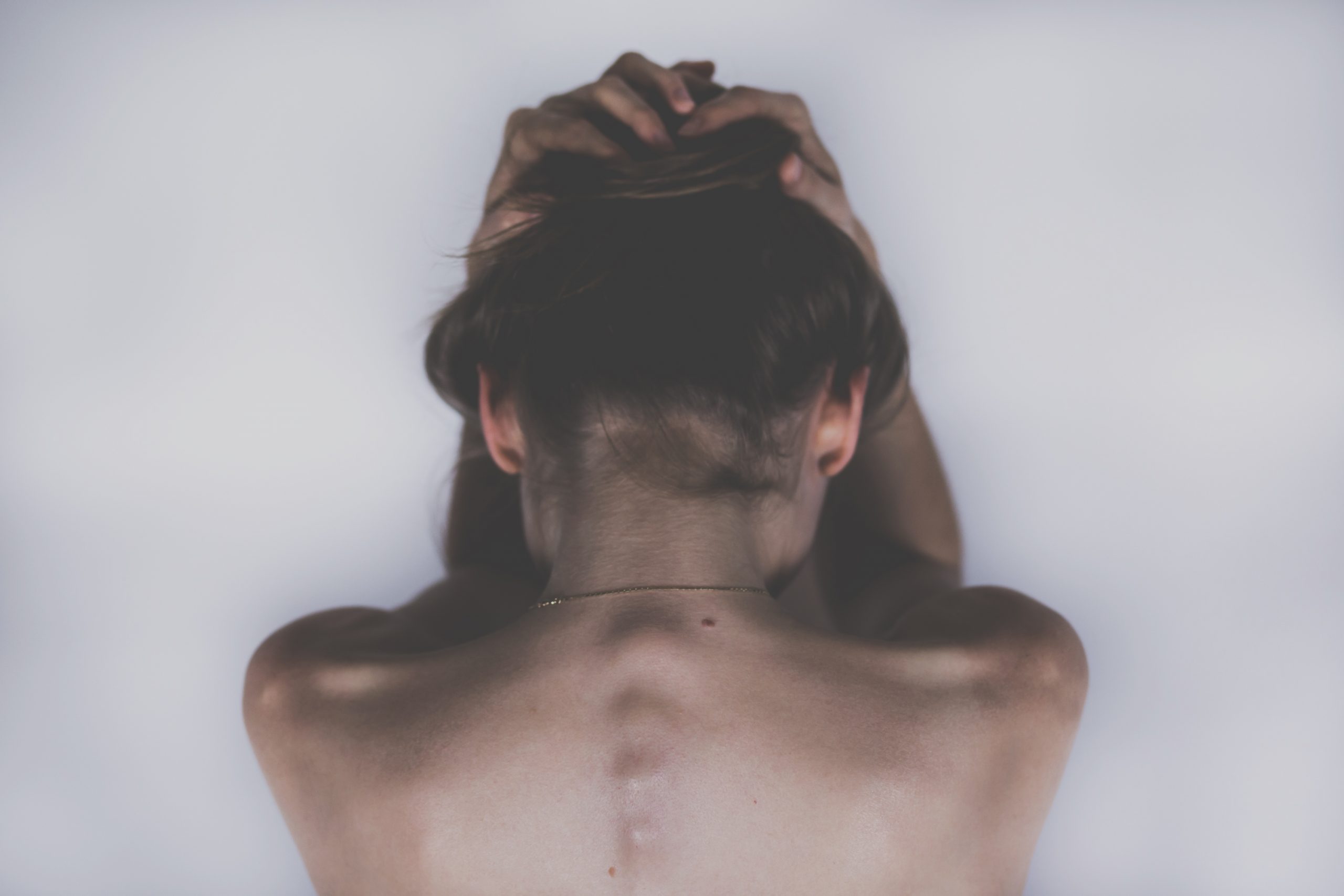 In the world of sport, most of our attention is on winning. For us, it’s the game, the time, or the score that counts. In the business world, we’re chasing the client, the account, or the promotion. In the education world, the focus is on the grade, the degree, or the title. We’re all focusing on achieving our goals in order to reach a certain level of success. The desire to win or succeed is ubiquitous and, when approached in the right way, laudable. But let’s take a test to explore how we generally think we’ll arrive to that point:

The path to success in life is to:

a) Not make mistakes

d) All of the above

Ok, so the quiz may be heavily slanted in order to prove a point, but these remain the predominate success themes that pervade our culture. Laid out like that, its ludicrous nature is revealed, but we still try to do every single thing on that list as if we’ll be able to attain perfection if we just try hard enough. And, yet, we fall short every time. What’s that misattributed Einstein quote, again? Insanity is doing the same thing over and over again and expecting different results.

In certain areas of popular culture, we’re starting to see people share their missteps, humbling experiences – even complete destitution – in TED Talks, podcasts or interviews. We’re seeing more and more “successful” people opening up about how their failures turned out to be gate keepers to their success. New content is being created about how failure allows for visceral learning experiences, shifted perspective, reorganized priorities, opportunity to start over, increased empathy and much more. For once, we can applaud social media culture for allowing the easy dissemination of these kind of positive messages.

“No human ever became interesting by not failing. The more you fail and recover and improve, the better you are as a person. Ever meet someone who’s always had everything work out for them with zero struggle? They usually have the depth of a puddle. Or they don’t exist.” – Chris Hardwick

So why is making errors so high on our NOT-to-do list? If failure is invariably linked to success, why is it avoided like the plague? This perspective can lead us down a fallacy-ridden path. We assume that if we do all the right things, only good things will fall in our lap. Conversely, if we fail or make a mistake, it’s because we chose poorly. But it’s not so straightforward. First, as previously mentioned, we’re not calculating the positive consequences of our failures. Secondly, we tend to attribute our failures to our personal lack of ability. If we followed that logic, none of us would be good enough. Failure is an integral part of the human experience; we can’t conflate mistakes with self-worth. We need to step out of that fixed mindset and into one of growth that embraces mistakes as what they are: teaching moments. As Humphry Davy said, “I’ve learned more from my mistakes than from my successes.”

Although search engines are busy pumping out answers to people asking about “how to succeed,” it’s failure that looms over us day in and day out: when we lose our wallet, when we mess up a presentation, when we face plant in the middle of yoga class. We can’t get through a day without it! In light of this discovery, or rather, acceptance of an immutable truth, I’ve found it much more illuminating to explore our reaction to failure. What happens when we fail, when we make a mistake, when we misspeak? At a more emotive level, what happens when we’re faced with shame, disappointment, and doubt? What thoughts go through our head; what words escape our mouth; what is our physical reaction? Let’s explore that:

Thoughts: some form of negative self-talk (” You’re so stupid, you’re not good enough”)

Words: some sort of curse word or mild expletive (f***ing s*** is a personal favourite)

The question is whether any of these reactions are helpful or lend a solution to the problem. In a previous generation, we might have said yes. There was, and still is, the trope of the angry competitor: angrily stomping around, cursing, hitting themselves in the face. We’re shown a display of self-punishing behaviour followed by an explosive comeback. As a result, we assume that self-flagellation leads to congratulation – meaning it spurs us into action and, ultimately, success. And that can be true at times; sometimes we need a little kick in the butt to wake up. But most of the time, and for the majority of people, it doesn’t work, or it’s unmaintainable. Anger can indeed motivate us to take risks, be bold and make a change, but the longterm physical and emotional effects are not worth it. Negative emotions like anger, frustration and stress prompt a release of adrenaline and cortisol which over time can cause heart disease, high blood pressure, hormonal imbalances, a weakened immune system and numerous digestive problems.1 Marcia Reynolds, Psy.D, explores the overlooked and often intangible emotional effects of anger:

“[A]nger can eventually drive away the result you want. You can drive people away with your anger, people who could help you achieve your goals. Brain researchers are substantiating the effect of one person feeling irate or vengeful on others in the vicinity, whether the angry person displays or suppresses these emotions. Even if you don’t direct your emotions at others, the measurable energy your emotions emit repels people, counteracting your desire to connect with people in a new, more positive way.”2

Conversely, our reaction after a mistake can be sadness or despair. These are depressive qualities which take away our ability to think clearly and react appropriately. Our minds are shadowed with thoughts of helplessness and victimhood. It’s clearly not an emotional state conducive to searching for solutions and improving for the next time around.

Sometimes we even make more of a show that we’re upset for the profit of those around us. We feel obliged to show we realize we’ve messed up and we’re not happy about it – as if we’re not allowed to be ok with our mistakes. And why not? It seems bizarre to even suggest that: “be ok with our mistakes.” To argue that we shouldn’t be ok with our mistakes would imply an attempt at perfection – but we know that’s unattainable. No one in the history of the world has even approached perfection. That doesn’t mean we shouldn’t aim to be the best we can be; however, being realistic means accepting failure as a commonplace and acceptable occurrence. We need to change our approach to failure, and in doing so, change our reaction to it when it inevitably arrives. This isn’t to say we should be nihilistic or take a page from Ecclesiastes and despair that if failure is unavoidable then “everything is meaningless.’ However, it should be accepted as a fact of life, not leered at with disdain. We need to detach the shame and sorrow that come with the word “failure.” We need to search for the “virtues of failure” as Charles Pépin does in his book of the same name (translated from the French Les vertues de l’échec). In order to draw lessons from something, we must first unpack the baggage that comes with it.

…Being realistic means accepting failure as a commonplace and acceptable occurrence.

Let’s take, for example, a missed shot or a mistake on a report.  With a newly framed perspective on failure, we are able to soften the blow by simply observing the automatic negative thoughts, words and physical reactions that come. The very act of stepping back and observing your thoughts puts you in the position of an “outsider.” If you’re able to observe your thoughts, you’re no longer lost in the emotional storm they create. They lose their power when you become a stoic observer. In assuming this role and bypassing the hijacking of emotions, we save valuable time and energy that enables us to rebound quicker. That’s time and energy better spent on resolving the original issue or becoming creative and finding a completely different solution. Who knows? The options are limitless when we remove the distraction of the “failure drama” resounding in our minds and body. We open up space for possibility. When we’re focusing on our failure, we’re looking inward with a closed and negative mindset. We want to look up and out and stand in the freedom that comes from taking our failures in stride. Let’s not let failure define moments, or worse, define us. Let’s normalize failure so we can allow it to propel us to become the best we can be.

How do you react when you make a mistake? What thoughts, self-talk and physical reactions make an appearance?

Would you try adopting the role of the observer to avoid the “failure drama”?

SHARE ON:
← Nature is Nurture: How we can enhance exercise, decrease stress, and find healing Natural Talent vs. Natural Interest: Can we become more artistic? →
About Me