In the thick of it: Sharing struggles and deepening connections 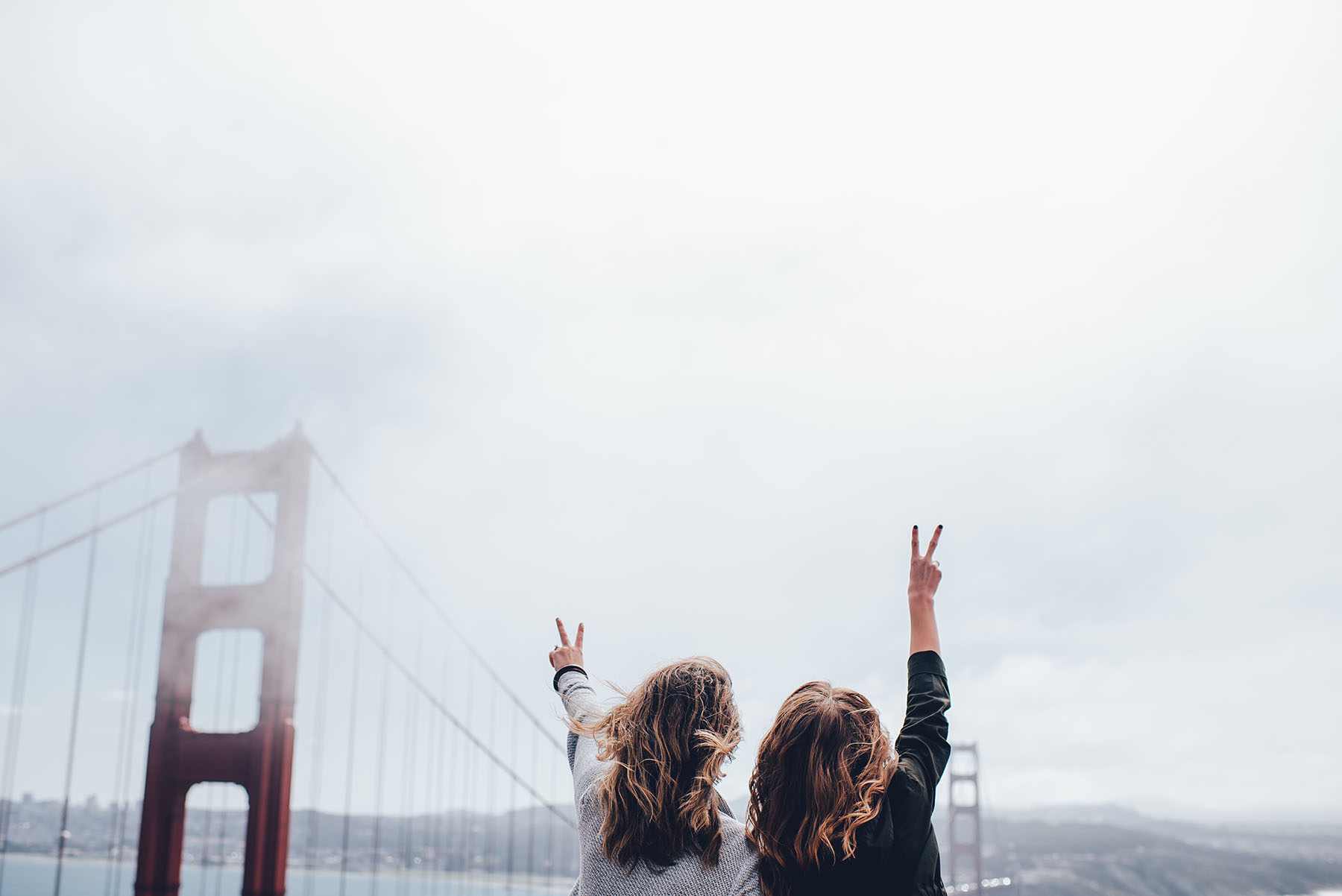 Courage doesn’t exist without vulnerability. Brené Brown described it best when she asked the audience in her Netflix special The Call to Courage to think of a single instance of heroism where the hero wasn’t placed in a situation of extreme vulnerability. It’s always someone risking their life, risking looking like a fool, risking their worldly possessions, risking their reputation, or risking unrequited love. The inherent vulnerability in these acts is what makes them so brave.

That’s why I’m amazed when people share stories of struggle from their past. Sharing vulnerable moments that have our touched our soul requires bravery, especially since past experiences have a way of reaching forward in time and colouring current experiences.

We’re affected and formed by the trials we’ve traversed; so, being frank about those situations—albeit in the past—shines a light on who we are as a person right now, and that can feel quite revealing.

But recounting a past situation is a different beast than talking about an ongoing experience. There’s a certain level of removal when sharing things after the fact.

After the situation has passed, there’s closure—and if not complete closure, there’s a plethora of lessons and a level of acceptance. There’s distance between “that me” and “this me”—a safety buffer of sorts that allows us to share, even if the subject matter is intimate.

But do you know what obliterates that buffer?

When you’re right in the thick of it.

In the midst of madness.

In the depth of sorrow.

In the tangles of confusion.

You totally destroy the ego that peeks up when you share things that happened in the past: ‘Yeah, that happened, but I dealt with it.’ The survival of difficult situations prompts a sense of pride—well deserved, for sure—but pride nonetheless. We adopt the position of having it figured out, or at least having it under control.

And, honestly, that takes away some of the relatability.

I’m convinced that we connect most deeply in our struggle, pain and confusion. Since no one has it all figured out, we’re reassured when we see others who don’t have it figured out either. We exhale in relief to see someone who seemingly “has it all together” sharing a part of her struggle.

Stories are often more potent while they’re being written.

Because that’s the most difficult time to share. There’s a depth of emotion behind the sharing that makes you really feel it.

It’s right when the walls are falling down, last ditch attempts to protect oneself are failing, and questions are repeatedly left unanswered.

In the middle of the shit storm, you have no protection.

Perhaps you have some direction or faith, but emotions and thoughts are nonetheless whipping around in your mind causing stress and sleeplessness.

Maybe thing after thing is going wrong, maybe you lost someone, maybe you’re taking a big risk, or maybe something’s happened that has you completely readjusting your perspective.

Whatever is going on—whatever the particular situation—there’s a sense of unbalance and uncertainty.

There’s nothing wrong with going through that in silence by yourself, but in an Instagram culture that tends to post snapshots of perfection, we never get to see the unedited journey—and that’s the most interesting part.

Instead, we see the final result or the “recovered” individual.

And honestly, I think we’re missing out on some ideal connections.

I recently called a friend to come over for a coffee. I was having a tough day; I was feeling rather emotional or “melancolique,” as they say in French. We shared a good moment and some laughs and, before she left, she shared something that has stuck with me:

Thank you for calling me. I’m not happy to see you like this, but I’m happy I’m the one you called. Thank you for trusting me.

We often don’t share current struggles because we’re afraid of being judged. Sometimes we think we are being over-reactive. Oftentimes we think we’re a burden. We hesitate to share in that extremely vulnerable state because we haven’t come to the end of the story, so to speak.

I get it. I have a complex about being seen as weak or emotional too. I prefer to present my best self after I’ve recovered a bit or figured it out.

But, I’ve learned, in hiding our shame, controlling our emotions and presenting only a good face, you preventing people from getting to know you and you prevent people from helping you.

Both of those situations create connections and increase trust. By denying those experiences, you block the deepening of relationships and the strengthening of solidarity. You block empathy and inspiration. You’re also just a lot less “real.” Not that you’re being fake when you’re keeping your business to yourself, you’re just missing out on some dope deep stuff.

I remember having a feeling similar to my French friend once when I was at home in London, Canada. I was in the middle of a two-week summer visit and I learned that one of my good friends had a close family member in the hospital. A mutual friend and I immediately brainstormed about how we could help out our friend in need.

Let me tell you—the pure joy and sense of purpose I had while buying groceries for her and her family was incredible (especially given that I’m often only able to console via text or Facetime). I felt deeply grateful for the opportunity to share her sorrow—to maybe alleviate it for just a moment—even if only over a glass of wine and some prepared grocery dishes.

You may say, what’s so important about being vulnerable, sharing experiences, creating connections and building trust?

Well, at our essence, we’re relational creatures. We survive and thrive based on our social connections. And our difficulty is usually the result of an interruption of that connection—a trauma that has marked us in some way.

I’m a private person by nature, but that tendency to keep my cards to my chest is put at odds with the knowledge that people are comforted by or inspired by hearing about my experiences and difficulties. I’ve also seen firsthand the connections that are made as a result.

Honestly, friends, I’m in a period of life where I feel like the ground has been pulled out from under me—the future is so uncertain (although, when is it not?). I’m approaching retirement shortly, facing singledom after 30, deciding whether to stay in Europe or going home to Canada…

There are some doors closing but that has just lead to hundred “possibilities” flinging open, and it’s actually quite overwhelming at times. There’s a sensation of being tugged in every direction—between responsibility and desire, dreaming and reality, connection and freedom.

The comforting part in all of this is that my foundation is always there. That includes my family, my close friends, and my mindfulness practice. Also included is my certitude that everything can be dealt with—any situation that lands in my lap is a chance to learn and grow. All this allows me to proceed—blindly, trustingly, willingly—into whatever’s meant for me next.

So here’s to owning the struggle, rejecting the shame, and sharing the process.

SHARE ON:
← Commitment: The game, that person, this lifestyle Top Five Beginners Yoga Videos on Youtube →
About Me

This website uses cookies to improve your experience while you navigate through the website. Out of these, the cookies that are categorized as necessary are stored on your browser as they are essential for the working of basic functionalities of the website. We also use third-party cookies that help us analyze and understand how you use this website. These cookies will be stored in your browser only with your consent. You also have the option to opt-out of these cookies. But opting out of some of these cookies may affect your browsing experience.
Necessary Always Enabled
Necessary cookies are absolutely essential for the website to function properly. This category only includes cookies that ensures basic functionalities and security features of the website. These cookies do not store any personal information.
Non-necessary
Any cookies that may not be particularly necessary for the website to function and is used specifically to collect user personal data via analytics, ads, other embedded contents are termed as non-necessary cookies. It is mandatory to procure user consent prior to running these cookies on your website.
SAVE & ACCEPT